The Ascent 01: Climbing the Andes

People often associate the Andes Mountains of South America with the Aconcagua mountain (6,960 m) in Argentina. The Andes have the highest peaks in the Americas —and also some of the highest in the world, outside Asia. On top of that, if you’re a Volcano fanatic, they have the legendary Ojos De Salado, which is the highest active volcanic peak in the world. However you don’t need to climb Aconcagua or Ojos De Salado to say you’ve conquered the Andes. What you do need is a good fitness/health level, great gear, a good guide, and picking the right mountain at the right time. That’s the whole point of this article, (at least the good guide part)! If you are just starting out in the mountaineering world or you’re just looking for your next adventure, look no further! Here’s some of the best climbs in South America, alongside some of the coolest things you can experience there!

All main guides that we recommend are the folks over at Andes Mountain Guides. They will be there to help you every step of the way in order to make your experience all the more safe and enjoyable. We only ask that when you reach the tippity top, to give us a shoutout on your social media flex!

We start our trip at Mendoza, famous for its wines and culture before getting up to the mountains. Later we get to the winding path of the Ruta 7, which connects Argentina with Chile, making our first stop at Penitentes, an old ski village where we prepare the loads for the mules and start our acclimatization process. Although brining Oxygen tanks is a uncommon practice around here, we do recommend you use/bring one in the case of having any problems acclimatization.

From here we begin our trek that will take us to witness the impressive South Face and later to Plaza de Mulas, our base camp. After summiting Cerro Bonete at 5000 meters we start moving up slowly though several camps on the northeast flank of the mountain until attempting Aconcagua’s top.

While not a technically demanding climb, Aconcagua’s Normal route is a true mountaineering classic offering a great challenge to climbers getting into high altitude. It’s regarded as the least difficult “highest” peak in the world for this very reason. 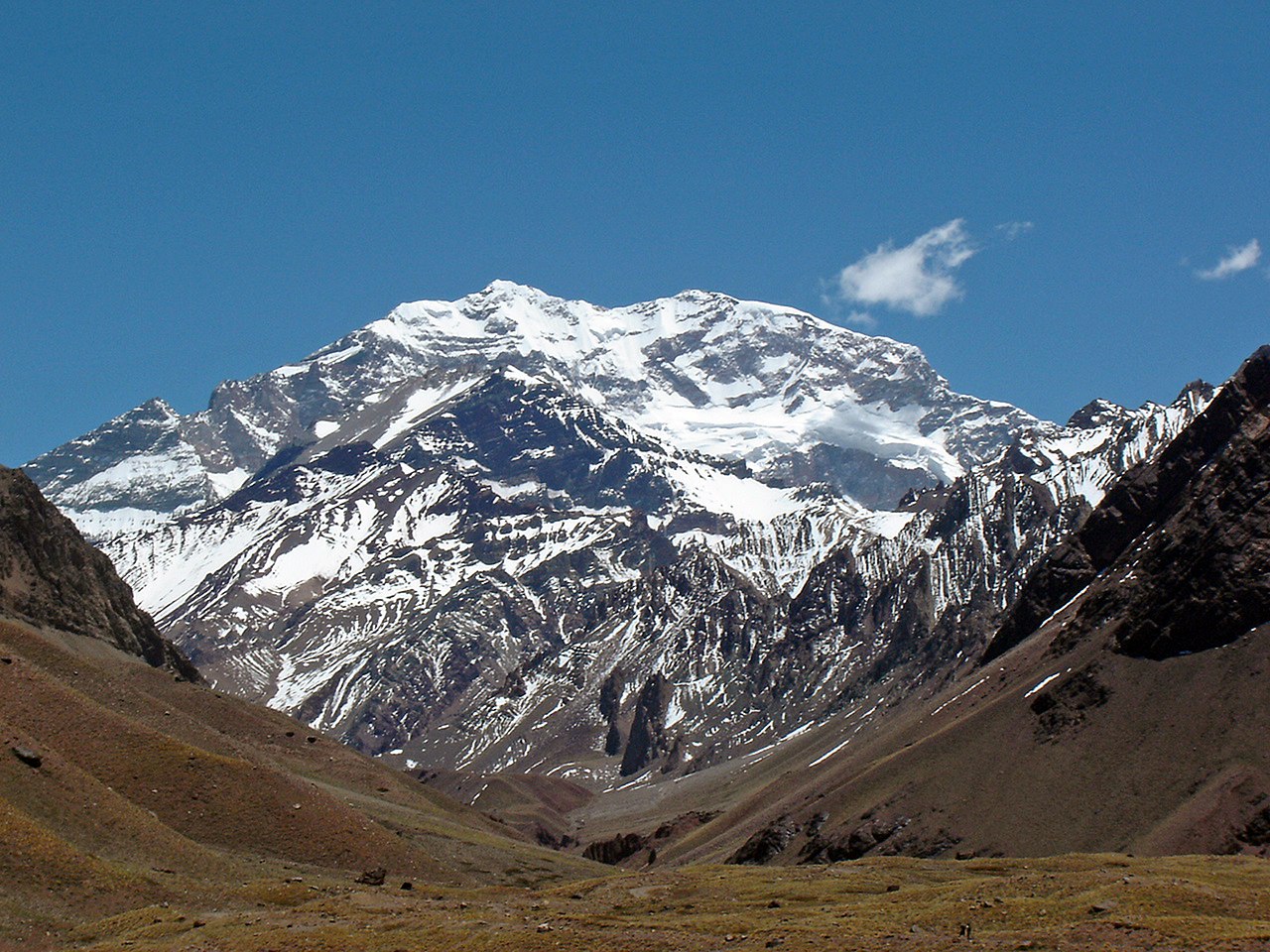 Remember, while climbing the highest mountains can be pure bliss for some of us. The danger is very real for everyone, no matter how experienced you are. Such moments remind us that life is a gift never to be taken for granted. Our response should be gratitude and joy. Another cool thing you could do on your way to to the Aconcagua peak is visit the “Christ The Redeemer Of The Andes”. 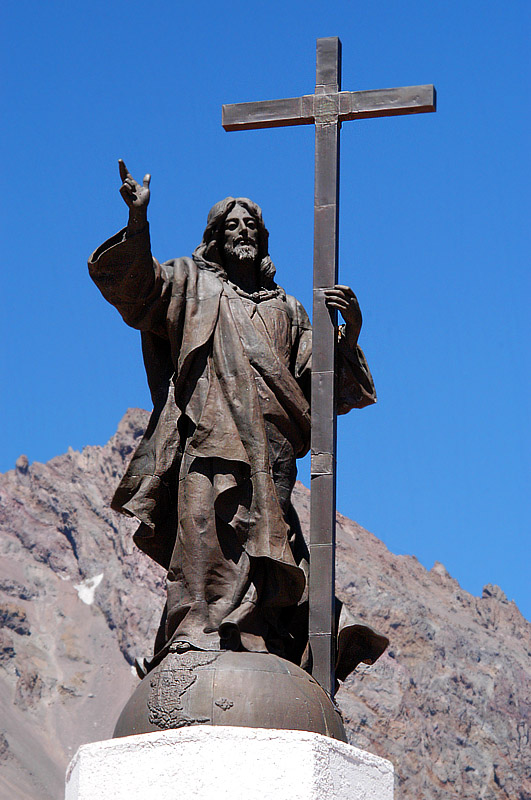 The Christ of the Andes, a symbol of eternal peace, is commonly believed to have been made from the cannons of war, pretty cool huh? Engraved at the feet in Spanish are the words, “Sooner shall these mountains crumble into dust than Chileans and Argentinians break the peace which at the feet of Christ, the Redeemer, they have sworn to maintain.” This is a must visit if you’re someone of faith, or not.. It’s still a spectacular thing to appreciate!

“Sooner shall these mountain crags crumble to dust than Chile and Argentina shall break this peace which at the feet of Christ the Redeemer they have sworn to maintain.”

In the next stop, we’ll look at the highest volcanic peak in the world, the Ojos Del Salado. Ojos del Salado is on the Argentina-Chile border, at a mind boggling height of 6,893 m (22,615 ft). Did we mention that this Volcano is active? However the last time it erupted was 1,300 years ago. But watch out, they saw some ash emissions as early as 1993. Maybe we’re due for quite the event.

Due to its location near the Atacama Desert, the mountain has very dry conditions with snow usually only remaining on the peak during winter, though heavy storms can cover the surrounding area with a few feet of snow even in summer. Like Acongacua, Ojos Del Salgado is considered not a “technically” difficult climb since depending on the route you take, you don’t have to use ropes, axes, etc. There’s even a competition to see how fast you can get up the mountain in a vehicle!

There’s so much more this amazing mountain range offers. Did you know that the Andes also has some of the best skiing in the world? Yes, the Andes has arguably some of the best skiing views on this hemisphere. Las Leñas is one of the largest Andean ski resorts in Argentina, located in the western part of Mendoza Province, together with Cerro Catedral in San Carlos de Bariloche, Rio Negro province. It is well known for its powder snow, good climate and excellent opportunities for extreme and off-piste skiing. 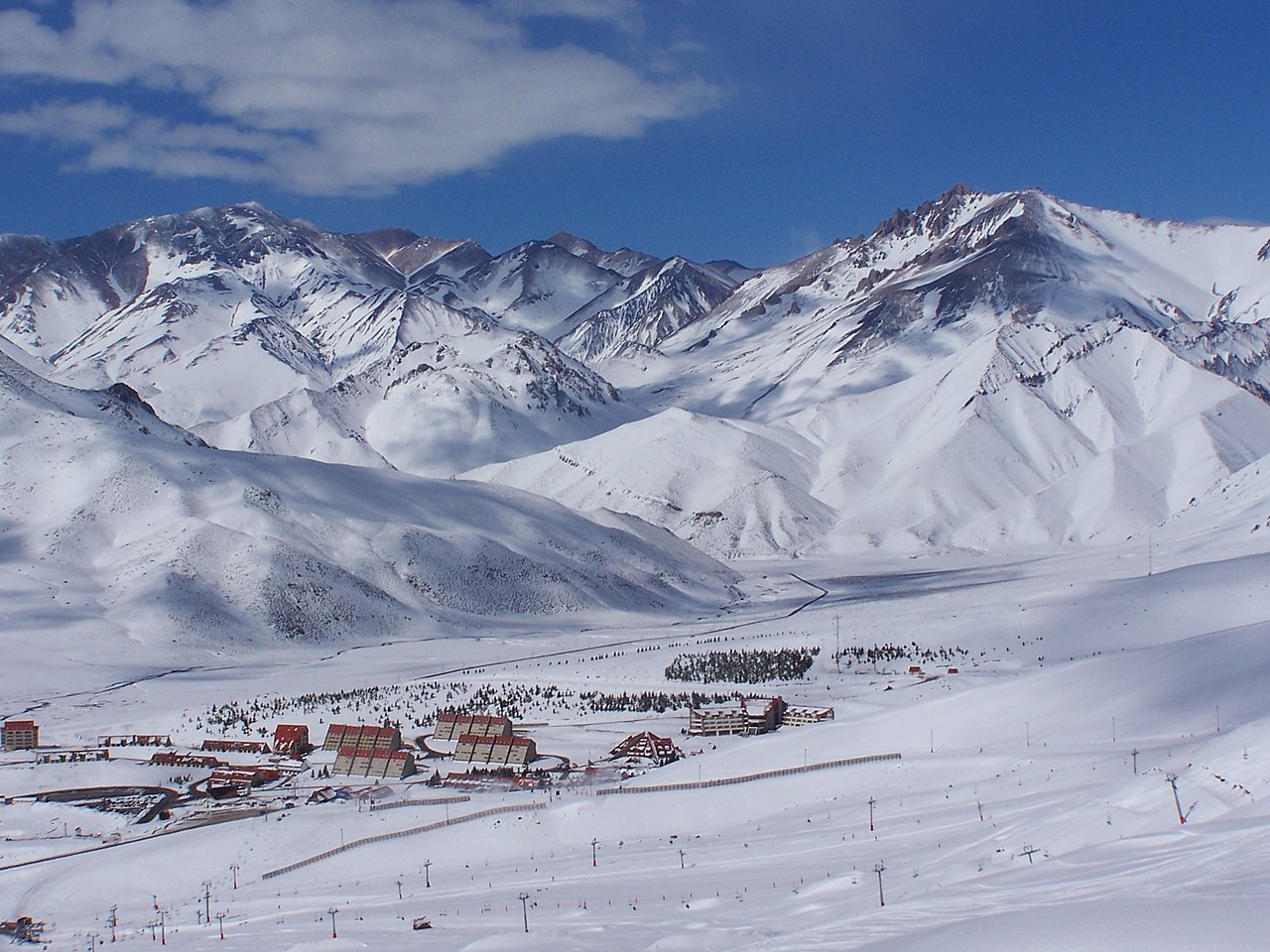 Far away from large cities, the center is seldom crowded except during weekends, making the lines on the lifts usually shorter than in other ski centers of Argentina. If you’re just in it for the view, well the Andes has some of the most beautiful mountains in the world as well, even rivaling the Himalayas. 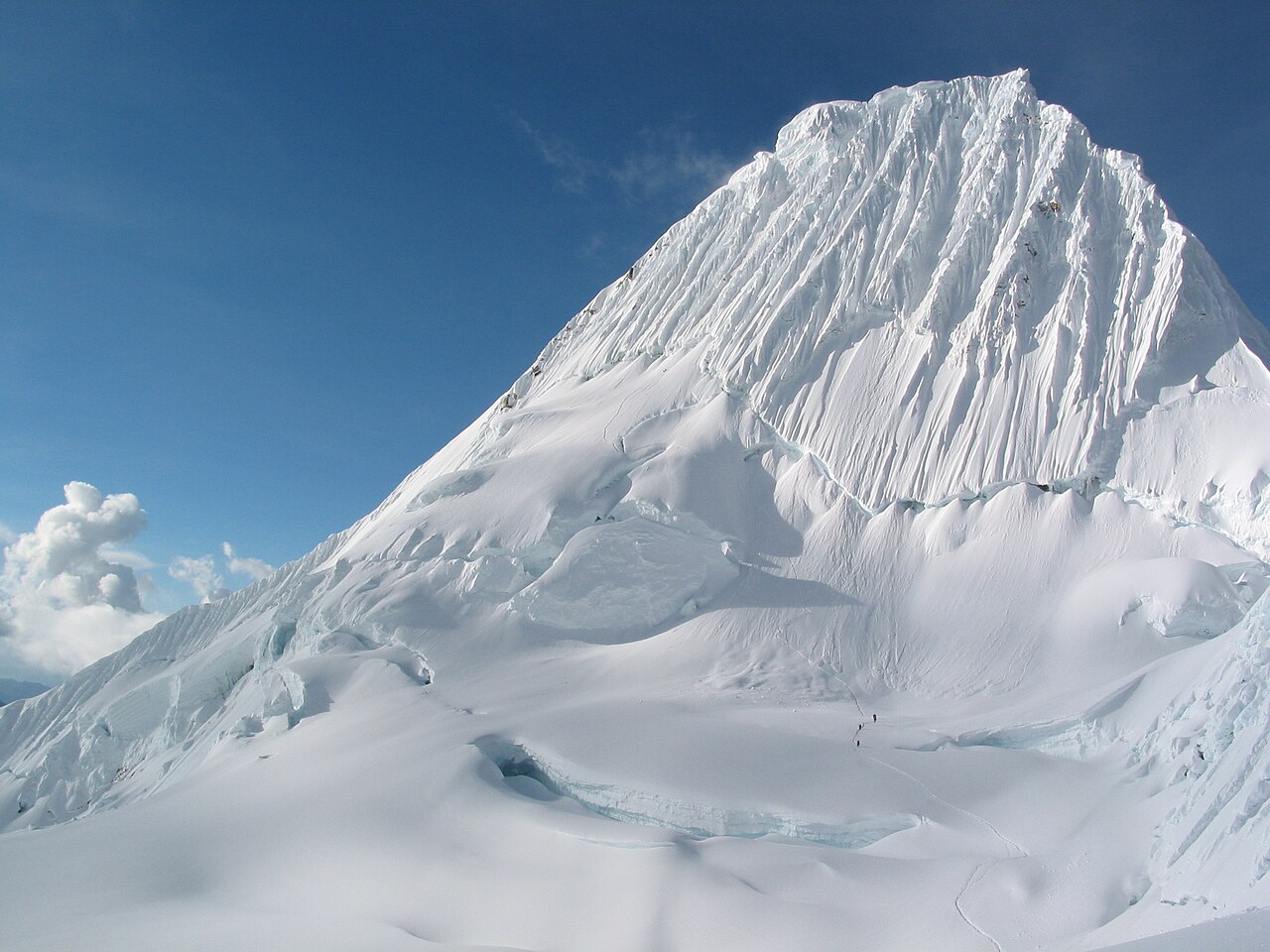 While the Alpamayo (pictured above) was voted the most beautiful mountain in the world, you actually can’t ski on it, but you can climb it!

So as you can see, the Andes has so much to offer than just climbing the highest peaks. Millions call it home, and tourists, adventure seekers, and explorers come in the thousands each season to catch a glimpse of some of the best landscapes on God’s beautiful blue planet.

What do you think about the Andes?